Several strong earthquakes registered on my seismograph in northeastern Ohio during the past 24 hours or so.  Because our internet was down during that time, the “Live Seismograph” was not working.  For readers who watch these things, I thought I would do a brief summary of the activity. 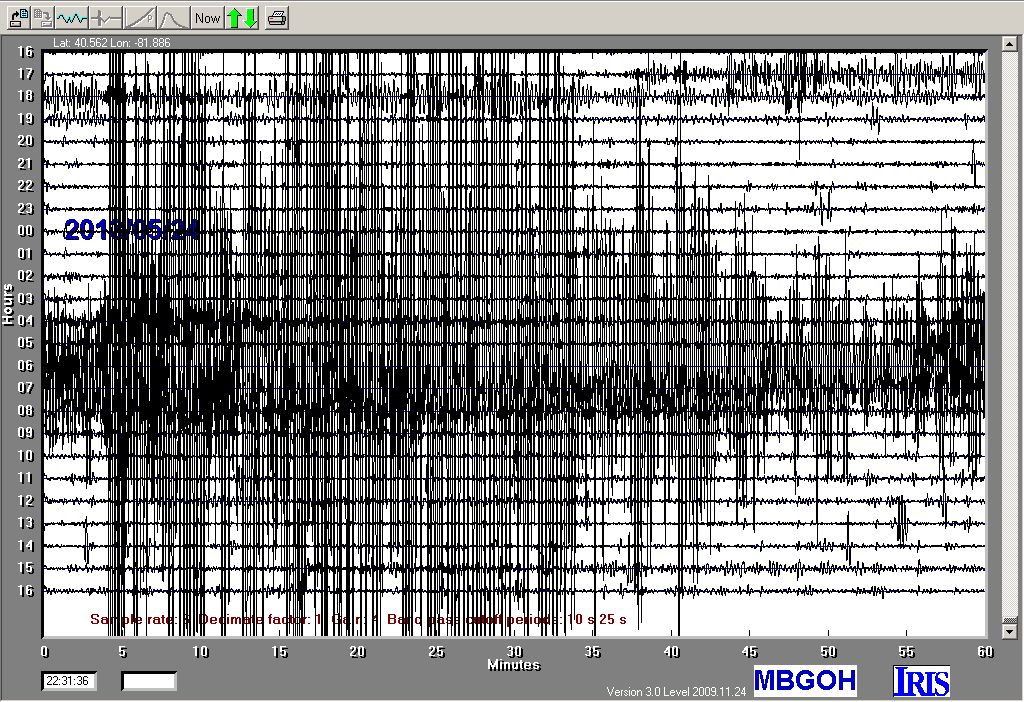 The Magnitude 8.3 earthquake, which occurred at 05:44:49 UTC, in the Sea of Okhotsk dominates the helicorder display. Ordinarily the great depth of the focus, 601 km, would generate relatively small surface waves but the large magnitude cause those phase to still dominate my display.   Note that the travel time curves below automatically scale the trace in a way that the amplitude cannot be compared between them.

The first earthquake of May 24th that registered on my seismograph was a Magnitude 5.9 tremblor in a remote area of Northern California (03:47:08 UTC).  This earthquake occurred  near to the surface at a depth of 11 km with the result that the body phases are minimized relative to the surface phases.: 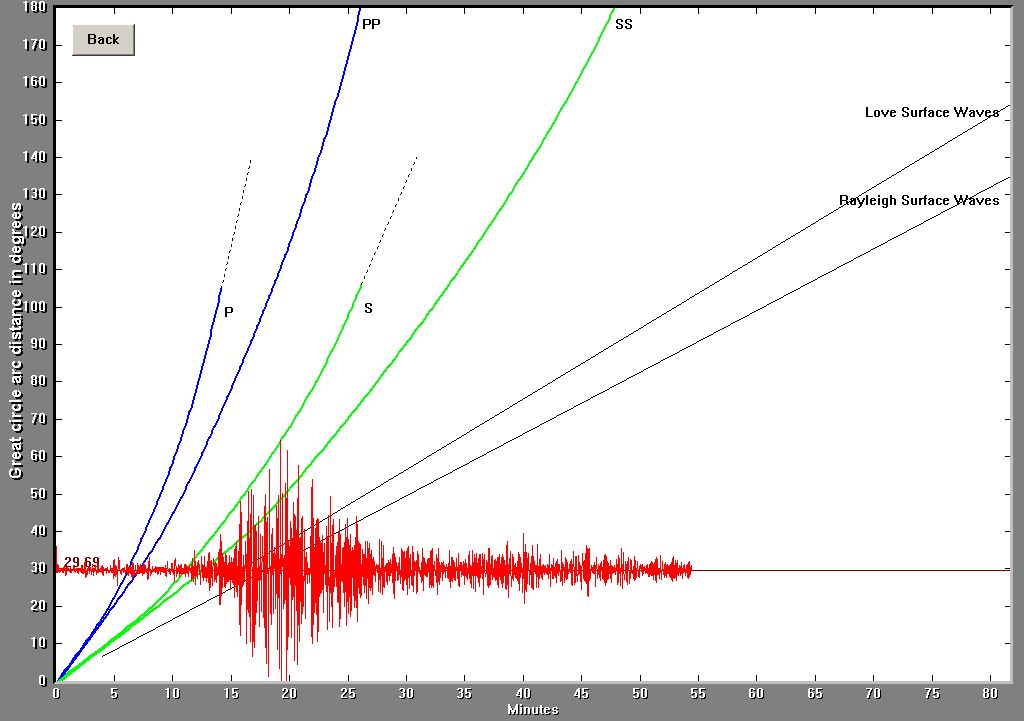 The final earthquake that I list was actually the first in this collection to occur, a Magnitude 7.4 tremblor, originally described as southwest of the Fiji Islands but later amended to read southwest of Tonga to which it was actually closer, at 23 May 2013 17:19:04 UTC.  The focus for this earthquake was also moderately deep at 171 km.

Again, remember that the scaling of these arrival time plots is not uniform, so the trace amplitudes cannot be compared with one another.