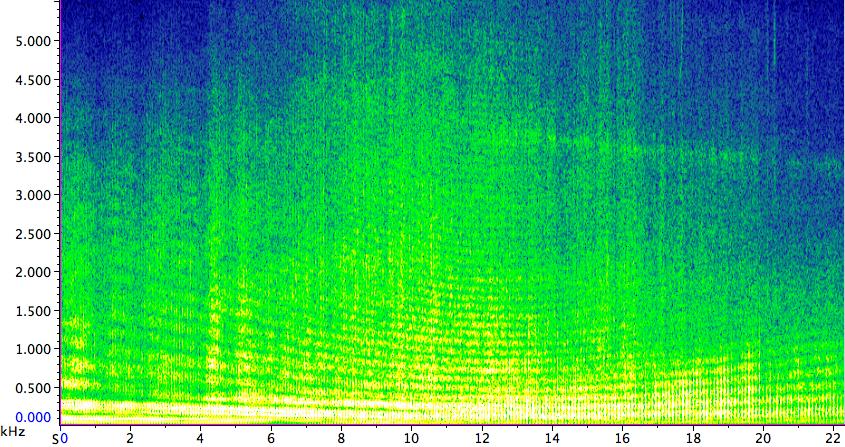 Almost a year and a half ago, I put out a request for help in understanding a shallow bowl-shaped feature in the spectrogram of the sound of aircraft flying overhead. My older son had already suggested that it was a multi-path interference pattern and his suggestion was supported a couple of months later by commenter Alberto Armani.

Finally last week, I took time to sit down and think clearly about how that would work. As it turns out, the model is very simple and seems to explain the shallow bowl-shaped feature in the the spectrogram. I need to make a couple of sketches of the geometry before I can put up a page on this subject but I’ll try to get it done in the next week or so.

I have added a page describing the ground reflection interference model here.